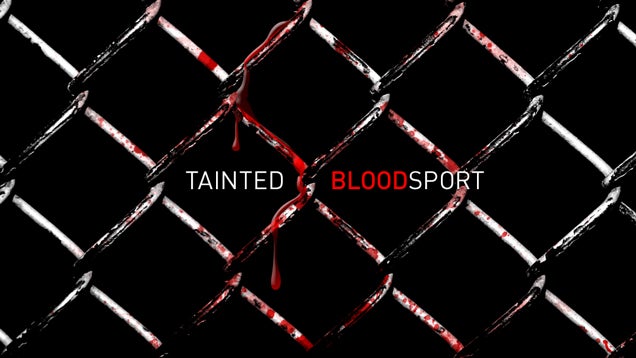 Things get bloody not long after the fight goes from technical battle to all-out brawl, and the former Hofstra wrestler and the kickboxer from Brooklyn up the tempo, mixing thudding kicks to the thigh with straight shots to the face. The venue?an event space in Chinatown called the Capitale?echoes with cheers. A photographer at ringside wipes off a spot of blood that landed on her cheek, her reward for being so close.

This is New York, where on most Friday and Saturday nights a ring or cage is set up somewhere, with combatants hurting one another for nothing but applause and a primal sense of accomplishment. State law bans professional mixed martial arts bouts, but amateur fights?under both MMA and kickboxing rules?are legal.

The problem is that while these fights are nominally regulated by private organizations, some of them are, in practice, not regulated at all. That’s why fighters can compete in New York with HIV, hepatitis C, and other conditions that would prevent them from getting in a cage anywhere else in the United States.

Under ideal conditions, competitors would be screened long before they’re even allowed to slip on their gloves. This is the case in places like New Jersey, Pennsylvania, and Nevada, and in every bout staged by major promotions like the UFC and Bellator anywhere. There are tests for bloodborne illnesses. There are eye exams and physicals. There are rules about trained doctors being present at fights, about paramedics and gurneys and ambulances waiting nearby. There are requirements that competitors get post-fight medical attention. For a sport this violent, it’s all impossibly civilized.

New York, though, is a kind of fistic dystopia, where greatness and glory walk hand in hand with the looming specter of tragedy. And it doesn’t have to be this way.

Nick Lembo, chief counsel for the New Jersey State Athletic Control Board and overseer of all things MMA in the Garden State, lays out the issue as straightforwardly as anyone could.

“There have been many contestants who have been banned from regulated combative sport in New Jersey because of subdural hematoma, hepatitis C, HIV, detached retinas, and other medical concerns who have competed freely in amateur MMA and kickboxing in New York under the direct supervision of state-approved sanctioning bodies, or at shows without such direct supervision,” he says.

He can’t name these athletes?New Jersey privacy laws and federal HIPAA regulations prevent that?but according to him, dozens of them have fought and bled in New York rings and cages.

The paradox is that this is happening because the state is the last holdout from a time when MMA was an underground sport, consigned to Indian reservations and foreign shores. New York banned professional MMA in 1997, at a time when it was more a Thunderdome-esque spectacle than anything else. It was probably the right thing to do; it was certainly what almost every other state was doing. When evolution took hold, though, transforming “two men enter, one man leaves” into a legitimate sport, legislators acknowledged the new reality. MMA is now legal and regulated throughout all of North America.

The best efforts of lobbyists and the many handshakes and speeches of UFC-employed fighters clad in business attire, have, unfortunately, had no effect on the majority of New York lawmakers. The ban remains in place, leaving fans who want to see live fights the option of going elsewhere or taking in a local amateur show.

Every year, more and more choose the latter. In 2013, there were 47 amateur MMA events in New York, and an even greater number of kickboxing shows. None of these was overseen by the New York State Athletic Commission?the 1997 law made it clear the NYSAC could have no role in such things?and so privately run organizations like the World Kickboxing Association, the International Sport Karate Association, the United States Muay Thai Association, and others have stepped in to handle all the sanctioning work.

Some of these organizations are meticulous and conscientious; some aren’t. Either way, they operate outside the reciprocal regulatory framework that governs the fight game in the rest of country.

“There’s no question it’s a problem,” says Greg Sirb, executive director of the Pennsylvania State Athletic Commission. Like New Jersey, Pennsylvania has a vibrant amateur MMA scene that often sees New Yorkers showing up to throw down. Like New Jersey regulators, he can’t work with New York?ensuring, for instance, that fighters aren’t getting in the cage during the routine medical suspensions given to victims of knockouts?because there’s no one to work with.

“Once they fight here and we suspend them, I really have no way of knowing that’s being upheld,” he says.

Part and parcel of the issue is the accurate reporting of fight results and suspensions. After all, if that jiu-jitsu purple belt from Long Island won’t admit it, how else would a commission know if he was medically disqualified somewhere else? New Jersey can give a blood test for infectious diseases, but that won’t reveal bleeding on the brain. That could make a fighter who got badly knocked out in New York a ticking timebomb of hemorrhaging and intracranial pressure when he sneaks into the cage in Atlantic City the following weekend.

Bernie Profato, executive director of the Ohio Athletic Commission, agrees about the reporting problem. “I don’t follow a fighter’s record and if they fight in New York, which is unregulated, no one would know if they fought because the results are never posted anywhere.”

Says Sirb of the situation in New York: “It’s simply a mess.”

As per section 8905-a of the statute governing combative sports, there are a dozen bodies allowed to sanction amateur MMA and kickboxing events under New York law. Most of them don’t exist anymore. Promoters use the ones that do to provide trained referees, judges, and officials; to make sure there are rules and regulations to be adhered to; for liability and health insurance coverage, and just for plain old legitimacy.

There are two problems. One is that given the way the statute is written, an event can run without any oversight from one of these bodies. The other is that even bringing one of them in assures nothing. They were not created equal.

A show sanctioned by the World Kickboxing Association is a tightly run ship, with an army of WKA staff members in black T-shirts doing one of the best imitations of a state athletic commission around. Go to a New York event sanctioned by an organization with only a fraction of the training, experience, and staff?the Professional Kickboxing Federation, for example, or the International Mixed Martial Arts Federation?and it’s a different story.

At a show sanctioned by the Muay Boran League in the Bronx last September, a water bottle was left in the cage in between rounds and a fighter stepped on it mid-fight. At a show in Hauppauge last October sanctioned by the IMMAF, a referee started a bout while the cage door was open. At a PKF-sanctioned show in Deer Park in January, a bout began with one of the fighters’ stools still in the cage; at that same event, which was held in a catering hall, the cage was elevated and so close to the ceiling that the taller fighters on the card were in danger of hitting their heads on a chandelier.

Past this kind of negligence, there’s the issue of on-site medical care, which varies from show to show. At a recent WKA-sanctioned event in the Terminal 5 nightclub in Manhattan, two doctors with experience treating combative-sports injuries sat outside the cage while EMTs waited close by. At a Hammerstein Ballroom last year, sanctioned by the IMMAF, the lone medical professional present was a doctor who’d never even seen an MMA bout before. He had to be told what sort of injuries to look for by the photographer standing next to him.

Some events don’t even have doctors. They rely instead on paramedics, acupuncturists, or calls to 911 operators.

There is no activity that you can imagine?legal or illegal, savory or unsavory?that is not? Read moreRead on

As for the quality of the “trained” officials, the incompetence and lack of judgment of some referees working in the state is liable to get someone seriously injured, or worse. At one event in Queens earlier this month, a fighter ate 28 unanswered blows before a referee stepped in. At another, last year, a referee failed to notice that a fighter had been choked unconscious.

It would all be criminal, if not for the fact that no law had been broken.

Every promoter and sanctioning body rep will assert that safety is paramount, and for most of them, that’s the truth. For the shadier operators, there’s no motive worse than greed for overlooking an expired blood test, not looking too closely at documents forged by a coach, or hiring a veterinarian, rather than an experienced physician, to sit cageside. No one actually wants anyone to die.

“The safety of our fighters is our biggest concern,” says Eugene Perez, one of the men behind Aggressive Combat Championship. “We’re not going to put anybody’s health in jeopardy to make a buck. That’s not what we’re about.”

“It is getting safer every day,” says Stephen Koepfer, a New York City-based instructor in the Russian grappling art of Sambo and an official with the International Sports Karate Association. “I know pretty much all the guys running sanctioned shows in New York State and they are all trying to do the best they can for our community and fighters.”

In truth, the anarchic regulatory framework generally works, at least in a relative sense. That other jurisdictions have legalized the sport doesn’t necessarily mean they’re any better at overseeing it.

“I think they handle their affairs better than some other states,” says Sirb of New York. States like Missouri, Michigan, and Virginia, where pro fights are regulated but the amateur scene is a free-for-all, are the true bane of his existence.

Still, despite the best of intentions, bad shit is happening: fighters with bloodborne illnesses like HIV and hepatitis C getting in the cage, nonexistent reporting, lack of doctors, and questionable practices in and around the cage. The only true fix is a new law that would correct the problems with the 1997 statute.

Last week, the State Senate approved their version of the bill that would do just that. Though a common refrain among politicians is the notion of keeping the sport out of New York, in the moments before the floor vote, state Sen. Lee Zeldin acknowledged that there are already bouts going on here, and that safety is an issue.

“People aren’t getting the right medical tests,” he said, rightly noting that legislation is needed just to make the fights that are already going on safe.

This is the fifth year in a row that the Senate has done their part. With just a month left in the legislative session, though, it looks as if the Assembly will let its version of the bill die in committee?something it has done year after year. Whether this is out of principle or a cynical desire to keep the UFC pumping money into Albany in the form of campaign contributions and payments to connected lobbyists, or something in between, it’s given rise to a rolling catastrophe.

“The NYSAC needs to have the authority over, and direct oversight of, combat sports,” says Lembo.

It’s hard to argue against that. But until it happens, don’t get too close to the cage. Otherwise, you might get some tainted blood on you.

Despite what you might think, Jim Genia loves New York MMA. He even blogs and tweets about it.