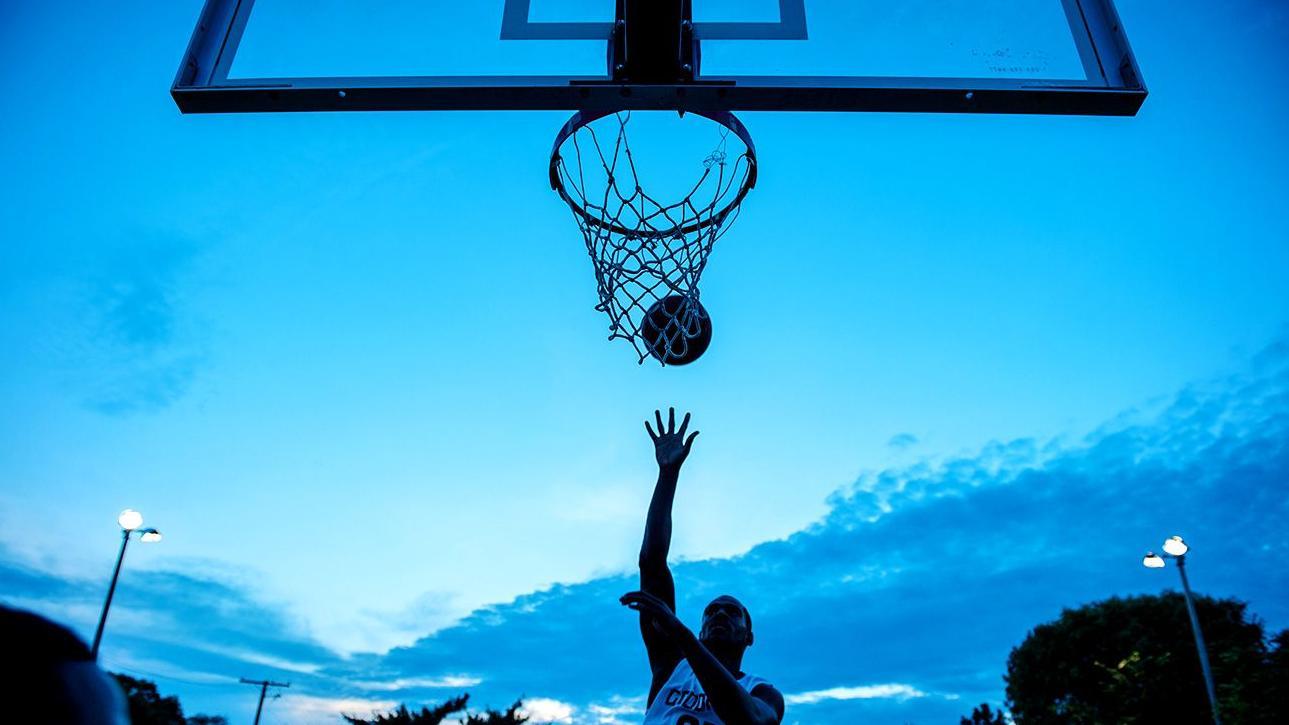 “Earth is a task garden,” British essayist G.K. Chesterton once wrote. “Heaven is a playground.”

And why shouldn’t it be? “Play” is the operative syllable here. And if playgrounds aren’t places where we can celebrate our freedom to disappear into games of shared joy, into that transcendent and necessary realm of human physical expression, then what good are they at all?

No game was better designed for the playground than basketball. Play alone, play with a pal, play two-on-two, three-on-three, five-on-five — I once watched a game of 21 in Key West played by two dozen men and boys — the sport is simpler than anything but soccer or running with the wind. A ball, a hoop, asphalt. And what is asphalt but the grass of the modern city?

So it hurts to see playgrounds turning into something they were never meant to be — empty areas or, much worse, danger zones. There are many reasons for the demise of high-level hoops in our schoolyards and parks, but we can start with one thing that cannot be stopped or controlled: technology. When I was writing my book on New York City street ball back in the early 1970s, if you wanted to make a phone call, you had to find a pay phone somewhere, one that wasn’t jammed with slugs or gum and hadn’t had its metal-wrapped receiver cable sliced. Then you had to hope you had dimes, nickels and quarters in your pocket. Then you hoped you could remember whatever number it was you planned to call, then dial — yes, dial — properly and hope you didn’t have to start all over because some clown in the wrong state answered your mistake. 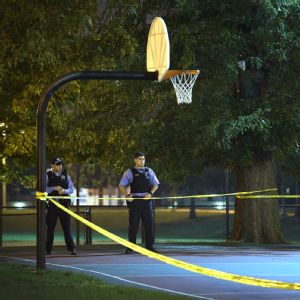 The nearest pay phone to Foster Park, my “home base” in the Flatbush neighborhood of Brooklyn that summer — the park where Albert King and Fly Williams and street agent/ticket scalper Rodney Parker hung out — was up the sidewalk to the supermarket on busy Nostrand Avenue. To make a call, you had to disappear from personal contact with breathing, three-dimensional people for a good five minutes and focus on a voice from far away.

You did not do that frivolously. It was a removal you did not enjoy. The face-to-face, observant, interactive contact you got at the park, with players and stories swirling all about, was the nexus of useful communication and knowledge. You had to be there. And being there meant you lived there, in the moment, absorbed by the game. Such was the glory of playground hoops.

Now? It’s nobody’s fault that everyone is hooked monumentally not to the sky over the park — Is lightning coming? Rain? — but the cloud. Lose a game and what does the modern player do but disappear into his handheld. In the end, why bother being at the park at all?

Then there is violence. In Chicago, there are black-on-yellow signs at many playgrounds stating: “WARNING — You Have Entered a SAFE PARK ZONE: Criminal Penalties Are Severely Increased for Gang Recruitment Activities and Possession, Use or Sale of Drugs and Weapons.”

I doubt the gunmen who shot 13 people, including a 3-year-old boy, on the basketball court at Cornell Square Park this past September, read the sign, or hesitated if they did. Thus, if you can play indoors, drive-bys and attacks are tougher, although not impossible (a number of Chicago residents have been killed by bullets that went through doors or walls), and you have a better chance of growing up.

We all know about AAU teams and dubious “coaches,” and the specialization of skills that comes when there is possible wealth and power at the end of the jump-shot rainbow. That saps the playground scene. That can’t be stopped, either. Innocence and fun are always driven out by professionalism and grinding work. And cheating. Blame the NCAA and its ridiculous amateurism rules for creating the rat hole through which so many of the mercenary basketball hangers-on slither, the ones who steer young players anywhere but into the freedom of pickup ball.

Michael Jordan had a “love of the game” clause in his Bulls contract that allowed him to play ball anywhere, anytime he wanted. He didn’t hang out at playgrounds, but he played in a lot of high-level pickup games just for the conditioning and competitive edge. Now, no agent or coach is going to sanction a star player’s mixing it up with the rabble. What about those ankles? What about the one-and-done pot of gold? No sir, not taking that risk.

This is not to say hoops has left the playground forever, completely. There are still games in the summer sun. Lots of them. The NBA guys and street legends might not be there, but the kids still are. When they can be. When they feel safe.

That might be the biggest thing that has changed with playgrounds — the sense that the best of them had a “village” feel, with order and mentors and the knowledge that this was a good place to be, where all ages were welcome, the game will be played hard and for real, even if, yes, you can get your ass kicked by overstepping your bounds. Those ass kickings were mostly deserved (say, you dissed somebody’s mother or stole a guy’s bike), and they served as boundaries, comforting justice where there were no referees. 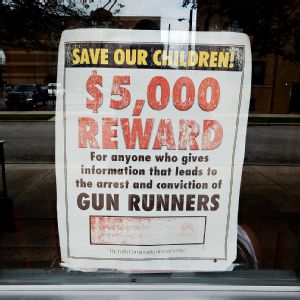 At Foster Park, adjacent to big-city tenements and the like, the boys felt good hanging out. They could leave dysfunctional apartments and come to play or watch or learn. They compared it to those fancy places they’d heard about in the suburbs: country clubs. There would not be anarchy, even if there were occasional fights and purse snatchings and dumb vandalism. There were things to aspire to during long, hot city days, even if it was just imitating the 6-foot-6, 14-year-old King’s baby hook or Austin Peay star Fly’s whirlybird.

This is not nostalgia. That wistfulness is for losers, for the ones who say — as they always do — You should have seen it back in the day. Right. The world evolves. You want it to stop? Where? At the telegraph? Penicillin? Sports talk radio?

Looking back at my photos of city hoops, I am stunned mainly by how skinny everybody was. Weightlifting and proper nutrition were jokes for old ballers. Nehi pop and a bag of chips could take care of a fellow for a day.

In the late 1990s, I spent time with young, mysterious playground legend Booger Smith and Long Island University super-scorer Charles Jones during a scorching New York City week. Tiny ball-wizard Booger appeared at Tillary Park in Brooklyn, dazzled the crowd with his moves and passes, then vanished into the streets as silently as he appeared. Jones, who played for the Bulls for a while after college, sat with me on another day on a lower Manhattan bench, in the midst of a marathon playground playing schedule that had him scuttling about on subway lines, barely stopping to notice the disappearing soles on his overheated shoes.

He told me about drinking quarts of water, pop and Gatorade “and never once having to piss.” He talked about losing himself in the game. About crawling into bed after showering at night, spent.

He talked about the playground as if it was a kind of miracle he was blessed to receive.